FTMI began at the University of Ottawa, Canada in 2007 when Professor Jeremy DeBeer introduced the concept to his “Digital Music and the Law” seminar students. Against the backdrop of rapidly declining music industry revenues, Professor DeBeer suggested this could be a potent response to the de-valuation of music in the age of file-sharing.

By 2016, the Fair Trade Music initiative was officially adopted as a main campaign of the International Council of Music Creators (CIAM).

Following incorporation, meetings in Costa Rica, Nashville, Tokyo and Toronto brought even wider groups of music creators from four continents together to officially adopt the Fair Trade Music initiative.  Together these groups embraced Fair Trade Music on behalf of their music creator membership.

Since then hundreds of thousands of music creators from Africa, Latin and South America, Asia, Europe and North America have joined, motivated by establishing an ethical, transparent and sustainable music value chain for all music rights holders and stakeholders.

Fair Trade Music is largely based upon the 2014 “Study Concerning Fair Compensation for Music Creators in the Digital Age” commissioned by Music Creators North America (MCNA) and the International Council of Creators of Music (CIAM). Written by Pierre Lalonde, former director of economic research for the Copyright Board of Canada, the report presents comprehensive, empirical evidence that suggests an alternative business model is urgently needed if the digital economy is to be sustainable.

The study concluded that fair trade models may prove more effective in creating a virtuous value chain than government regulation because laws simply cannot and do not keep pace. The Fair Trade Music International independent certification (much like its fair trade coffee predecessor), effectively communicates a clear choice to the consumer at the point of purchase. The success of fair trade coffee and other such certified products demonstrates the consumers’ willingness to make ethical decisions when given a simple, understandable option to do so.

The current level of streaming services’ revenues paid out for the use of music is between 60 and 70%. The report’s author believes that this undervalues music given the services’ dependency on it. Shareholder benefit, is being prioritized above recording artists, songwriters and composers.

The study recommends that no less than 80% of gross revenues from all sources paid to all rights holders would offer fairer compensation for the overall use of music by streaming services.

The Split of Revenues is Imbalanced

The split of monies from streaming platforms is geared much more favourably towards multinational record labels at the expense of music creators and others in the music value chain.

The study recommends a more equitable division of revenues between the various rights holders.

The lack of transparency in the negotiating process between multinational record companies and streaming platforms, and the opaqueness of many other aspects of the current value chain, leaves artists, songwriters and composers in the dark about much of their current situation.

The study recommends that all parties should have total access to any and all pertinent information that could impact remuneration.

Fair Trade Music International is led by a board comprised of renown songwriters and composers, each of whom has direct experience as a creator and understands the importance of equitable musical economy. In addition, FTMI has a number of expert advisors and support staff that help the organization to defy its modest size and continually push the movement forward.

President/Chair of the Board Vice-President of the Board

Vice-Chair of the Board 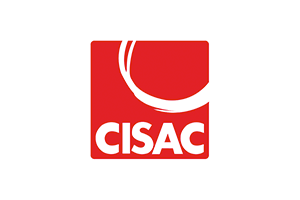 International Confederation of Societies of Authors and Composers